On March 22, 1930, Stephen Sondheim is born in New York City.  Sondheim is known for his American musical theater work in the 1950s, 60s, and 70s.  Not influenced by rock and roll, Sondheim was moved by the Broadway theater that was filled with top hats, chorus lines and big, show-stopping production numbers.  He went on to write the lyrics for West Side Story, Gypsy, and then wrote both the words and music for A Funny Thing Happened on the Way to the Forum. 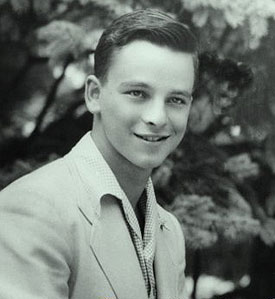 His music and lyrics are amazing and complex, especially later works. I saw him in his "An Evening with..." talk series and he was a hoot. And apologetic for West Side Story. Though I'll forgive him that because of stuff like Into The Woods.