April Fool's Day is a tradition that dates back as far as 1582.  Historians speculate that April Fool's Day may have come from when France switched to the Gregorian calendar from the Julian calendar.  People had not realized that the new year began on January 1 and continued to celebrate the new year on April 1.  These people soon became the butt of many jokes and hoaxes; these included paper fish placed on their backs and were then called 'poisson d'avril' (April Fish) which is to symbolize young, easily caught fish and also a gullible person.

April Fool's Day came and spread through Britain and Scotland in the 18th century.  This became a two day event where people were sent on phone errands, and the second day called 'Tailie Day' involved pranks played on people's backside with pinned on tails and 'kick' me signs!

Even modern times people have carried out elaborate April Fool's Day hoaxes.  Radio, TV stations, Web sites, and newspapers have all had their fair share of hoaxes. 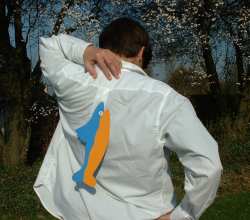