A few weeks ago I came across this cool looking vegetable, called a Romanesco Broccoli. It was just sitting in the grocery store bin, looking like alien fruit. Upon closer examination (and research) I discovered that its structure really is a fractal one: the pattern repeats itself all the way down, smaller and smaller every time. 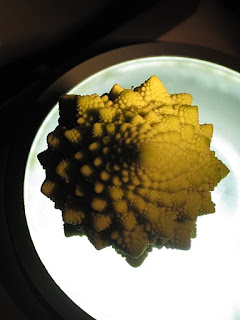 It really reignited my interest in fractals - and guess what I found today on our reference shelves here at the studio? 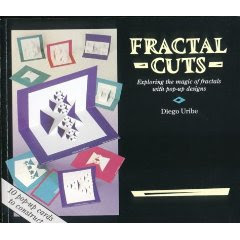 A book about making fractal pop-up designs! You can bet I'll be taking this home for a few days!

Apparently, someone can’t take a joke.
British comedian, Ricky Gervais hosted the 2010 Golden Globes award ceremony last month and raised eyebrows with some of his off-color quips. A few days later we learned that twelve thousand copies of his latest Flanimals Pop-up book was reported missing from the publisher’s warehouse. 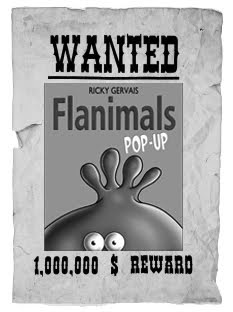 There are a few theories of who may have hijacked the shipment. It’s possible that the cargo just disappeared like lost luggage at an airport. Or maybe thieves stole to merchandise thinking they lifted Plasma TVs and ended up with boxes of books. Some folks suggest that Ricky had a hand in this as an elaborate publicity stunt. He countered with his own suspicions when he stated, “This is obviously a misguided Flanimal Rights Group or an organized gang of eight-year-olds,” Personally, I have my eye on an evil consortium of slighted actors that wanted revenge on Gervais after his remarks at the Globes. Ringleader, Steve Carell was even quoted telling Gervais, “I will break you.”
Well played Mr. Carell, well played.

More details of the heist can be found in this article in Publishers Weekly.

Despite the lost, a full release of Flanimals Pop-Up will hit U.S. bookshelves on March 9. If you can’t wait that long you can get a quick sneak peek of the book in this YouTube video starring Ricky himself.

-Kyle
Posted by Popupstudio at 1:09 PM No comments:

Shades of Spring (and Fall)

All right. Even though it's snowing outside here in the city, Spring fashions are out in the stores and rolling down the runways are fashions for Fall 2010! Amazing, isn't it? So I thought I'd share my love for color, fashion, and pantone with you all!
Every fashion season (so twice a year) Pantone comes out with color predictions. Here are the Fall fashion 2010 predictions: 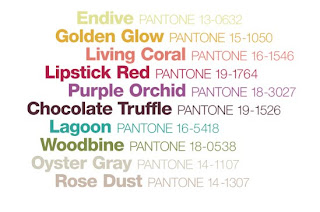 And once a year, Pantone comes out with a color for the year. This year, turquoise. A blue that evokes warmth and relaxes the viewer. Pantone's description of this year's color is as follows:
Posted by Popupstudio at 1:02 PM No comments: