On July 11th, 1804  one of the most infamous moments in U.S. history occurred on a windswept plain at Weehawken, New Jersey when sitting Vice President Aaron Burr fatally shot the former Secretary of the Treasury, Alexander Hamilton.  The two men met in a duel after Hamilton had publicly disparaged the wealthy and influential Burr.  Though the idea of two respected government officials settling their differences in such a brutal manner may seem bizarre to us today it was a socially acceptable course of action at that time though few proclaimed duels actually ended in shots being fired.  This event has been reenacted in many plays, movies, and T.V. shows and was the basis for a very successful T.V. commercial for milk!  Hours after being shot Hamilton died in Manhattan.  Burr was accused of murder in New York but was able to finish out his term as vice president with immunity.  However his political career never recovered its earlier luster. 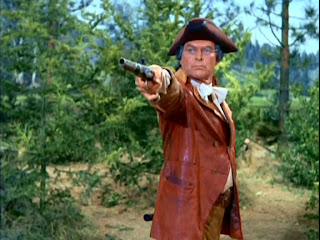