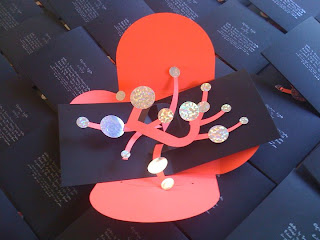 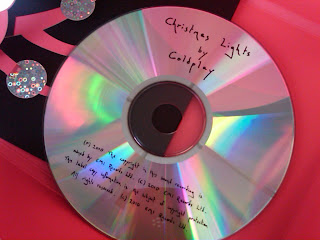 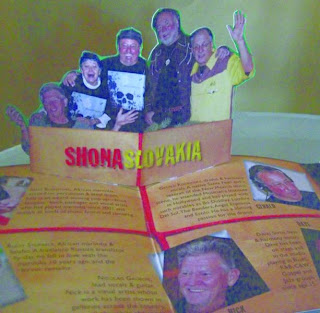 I missed out on not one but two limited edition pop-up CD packaging recently. David A. Carter created one of his signature sculptural pop-ups for the popular band, Coldplay. Hand assembled in London by David Pelham and signed by the band, the special Coldplay’s Christmas Lights CD is a coveted item around the world (like Wonka’s Golden Ticket) as only a handful were rumored to exist.

A few weeks later Sally Blakemore and her afro/gypsy/fusion band called ShonaSlovakia hosted a CD release party in Santa Fe, NM where 100 copies of the pop-up CD packaging was sold in short order. Sally assured that more copies of the CD will be available soon but will not have the limited pop-up of the band.

Now the fine music offered by both bands is reason enough to purchase the new CDs, but in this digital age I sure will miss the physical connection with the playful pop-ups.