I was excited to learn that June 14th marked the opening of a new exhibit from the Smithsonian Institute called “Paper Engineering: Fold, Pull, Pop and Turn” ()at the National Museum of American History. 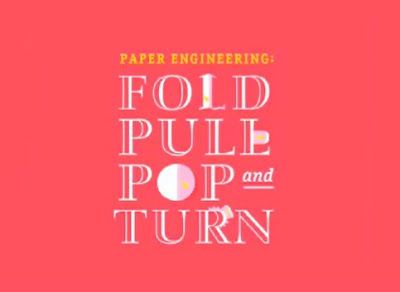 I have been following the progress of the exhibition for a few months through an informative blog they launched to showcase various books and backstage stories.

Stephen Van Dyk, the show curator, carefully considered the 1200+ collection of pop-up and movable books in the Smithsonian Libraries before settling on 53 prime examples of paper engineering. The dizzying beauty of the volvelles in Peter Apian’s Astronomicum Ceaesareum start off a timeline of movables that include works from pop-up masters like Meggendorfer, Nister, Dean, Lentz and Kubasta. The current crop of masterful pop-up artists are also on display so look out for titles from Robert Sabuda, Matthew Reinhart, David Carter and others.

Not only are works from Bruce Foster and Chuck Fisher in the exhibition but they make another appearance in the running video that describes much of the pop-up making process. You can take a look at one of the videos here on Youtube.

“Paper Engineering: Fold, Pull, Pop and Turn” will be at the National Museum of American History until Fall 2011 so you have plenty of time to arrange that must-see trip to D.C.