Word of the Day: Solecism

1. A nonstandard usage or grammatical construction; also, a minor blunder in speech.
2. A breach of good manners or etiquette.
3. Any inconsistency, mistake, or impropriety. 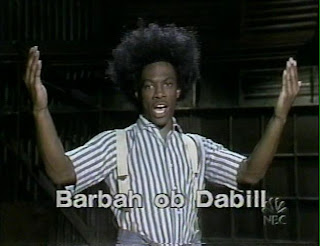 Origin: Solecism comes from Latin soloecismus, from Greek soloikizein, "to speak incorrectly," from soloikos, "speaking incorrectly," literally, "an inhabitant of Soloi," a city in ancient Cilicia where a dialect regarded as substandard was spoken.
Posted by lefty at 10:10 AM